For the most part, luxury night clubs play a mix of top 40, hip hop music and EDM (electronic dance music). Hip hop clubs in Boston tend to draw a crowd of young people who get into the music much more than your typical club with house beats. If you’re looking for a night of getting down on the dance floor and having a great time, definitely check out Boston’s hip hop scene. To make the most of the Boston hip hop scene, it is important to know the hot spots and the DJ’s that are playing. Use the Discotech app or website to see who’s playing, book table service, and buy tickets to all of the clubs below.

Boston has hip hop clubs all over the city with the best ones being in the downtown and Boston Commons area.

Icon is widely recognized as Boston’s top hip hop club . With a packed house every night, wild crowds, and regular performances from top talent with names such as Marshmello, Shaggy, Jeremiah and more on a regular basis, Icon provides a unique atmosphere. You also are likely to spot celebrities here. Check out upcoming events and book/buy bottle service, guestlist, and tickets for Icon on the Discotech app.

The Discotech app will also let you track events at Venu, another popular hip hop club in the area that celebrities and high-profile DJs frequent, if that’s the vibe you’re into for the night. Venu is one of the most exclusive clubs in Boston and is a popular place for celebrities and hip hop to host afterparties. Venu is a relatively small club but the crowd is one you won’t find anywhere else in Boston.

If you are looking for a newer Boston nightclub with a young, less mainstream crowd, you should check out Candibar. Equipped with a high-tech lighting system and DJ Booth, Candibar has a big space for dancing. Drawing a combination of local and globally-renowned DJ’s, Candibar features a variety of music with hip hop being the most common. Fancy Fridays are the most popular parties here. You can use the Discotech app to book bottle service and track upcoming events at Candibar.

Cure provides more of a high-end feel to the Boston hip hop scene. Originally designed to be the ladies lounge and orchestra area to a theater, Cure has a unique interior space for a hip hop club. The club may have a sophisticated interior, but the crowds still get wild. There is a live DJ almost every night that Cure is open. Fridays and Saturdays are the most popular hip hop nights at Cure. To track upcoming events at cure or to book bottle service, you can use the Discotech app. 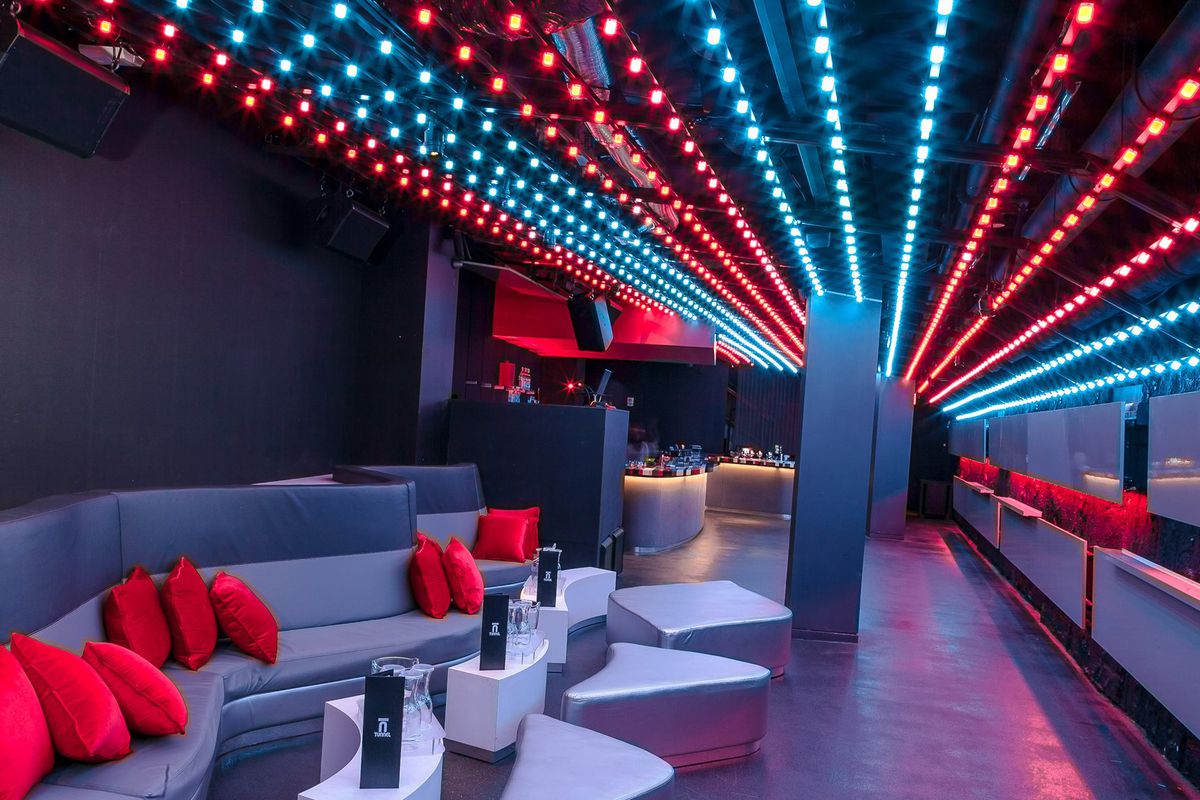 Tunnel is the Boston W Hotel’s trendy underground nightspot featuring DJ beats, bottle service & pulsing LED lights. With a luxury interior, this is a place with great tables to bring a group and enjoy hip hop music from a live DJ.

If you want to keep updated on upcoming events in Boston, be sure to download the Discotech app, which provides you with an easy way to find all events in your area. This guide to nightlife in Boston is also a good starting point if you’re not sure what direction you want to take. If you’d like to learn more about our services or need assistance with anything, whether you’re new to the area or a local, feel free to hit our help line.

Until just a few months ago, the space at 1235 Washington Ave. was known as Mansion. In its heyday, it was one of South Beach’s hottest party halls, where barely clothed women swung from the ceiling till the wee hours of the morning. Before that, in the early ’70s, it was the Cinema Theatre. Between those two iterations, the joint has covered a wide spectrum of entertainment and nightlife.

But later this month, the Washington Avenue institution — which has previously been owned by Al Capone and Prince — will once again bear a new moniker: Icon Miami.

“That building itself, to me, is one of the most beautiful theaters in Miami Beach,” says nightlife veteran Emi Guerra, who, along with fellow Miami nightlife staple Louis Puig, is a partner at Icon Miami. Both men have been involved with many nightlife venues over the years, including Miami’s late-night juggernaut Space. “The building alone lends itself to being used in [a variety of ways]. Not only nightlife entertainment but also [for] different types of shows, whether it be concerts, performances, or theater. We’ve been referring to it as the next-generation nightlife complex.”

Designed by Miami’s Thirlwall Building Design, the 30,000-square-foot art-deco-inspired Icon will feature “updates in technology” and “a couple of big moves,” which Guerra says are still in the works.

Sure, the Magic City was shocked when the news broke that Mansion would shut its doors for good in August. But Guerra saw it as the opportunity of a lifetime.

“It’s been on my nightlife bucket list,” he laughs. “For me personally, it was the next step in my nightlife career, to be able to utilize such an awesome venue and, at the same time, hope to provide entertainment that’s not just centered around the DJ.

“Don’t get me wrong,” he clarifies. “We’ve been booking DJs for years, and they’re incredible, and we will continue to book DJs, but the challenge we find intriguing is doing that.”

Aside from making Icon Miami’s newest party spot, Guerra plans to eventually use the venue as a performing arts hall as well.

“It’s such a versatile venue,” he says. “We’re obviously going to start off with a nightlife concept. As we continue to dive in, we hope to create those other types of events to utilize that space.”

Maintaining that balance of nostalgia and technology is what Icon is all about.

“Some amazing bands and people have been associated with the building,” Guerra explains. “I believe Al Capone used to own or operate the theater. Duran Duran [performed there], Prince used to own it and perform there, Nine Inch Nails performed there. Those are some pretty cool things.”

The history of the building intrigues Guerra as much as anything else. “It was called Glam Slam,” he recalls, back when the building was owned by Prince. “I remember trying to sneak in, and I was just in awe at the size.”

Megaclubs aren’t new to Miami, and in fact, many observers suspect the concept is on the way out, replaced by a local thirst for smaller, more intimate venues that make everyone feel like a VIP. But Guerra says the factor that makes Icon stand out — what the new kids on the block just don’t have — is history. “That definitely sets precedence,” he says.

“I believe the nightlife scene today is much more diverse than it was ten years ago, even three years ago. You have many more events going on and great pockets of entertainment from the Beach to Wynwood to downtown to Brickell. I think stuff could always get better, but I do feel very fortunate we have a great nightlife scene in Miami.”

Though Guerra is always coming up with new ideas to make the 305’s party scene the best in the world — much like he has for decades — with Icon, he can do so while preserving part of the city’s history.

“Icon does pay homage to the icons of the past,” he assures. “You have to respect those who paved the way for us. That’s my mentality.”